In late 1980’s Nell Fletcher DeVane had an idea to establish an estate gift that would support the Diocese of Raleigh. Nell decided to gift her family farm to ensure future generations of diocesan seminarians had funds for their education and formation. First, she wanted the farm to pass to her   son, for his lifetime, then to pass to the Catholic Diocese of Raleigh. When the diocese received the gift, the property would be sold, and the proceeds used to establish an endowment fund that would provide annual scholarships for the Diocese Seminarian Program in perpetuity.

Nell passed away in 1991 and her son inherited the farm from which he derived an income through its rental properties and crop land. However, after two and a half decades of operation he wished to divest himself of the property. Nell’s son, who did live in North Carolina, contacted THE FOUNDATION, Diocese of Raleigh.

They discussed the farm, which was located in Eastern North Carolina, and went to work on all the details associated with a transaction of real property to a charity.

In the end, Nell’s son was able to sell his interest in the farm and take a charitable tax deduction, a neighbor was able to purchase the property, and the diocese established a significant endowment fund that will give annual support for the education and formation of its seminarians in perpetuity.

Nell decided to gift her family farm to ensure future generations of diocesan seminarians had funds for their education and formation.

You could say it was a win- win-win for everyone involved.

Nell was intentional about her estate planning. Most importantly, she took the necessary steps to assure that her plan came to fruition. She met with an estate planning attorney and conveyed her plans to him and in turn he   created the necessary documents that completed her charitable arrangement and bequest.

If you would like to learn more about this and other deferred charitable giving strategies to help your parish or favorite ministry, please contact Maureen O'Keeffe Lindgren at THE FOUNDATION at (919) 568-1065 or email at Maureen@FoundationDOR.org. 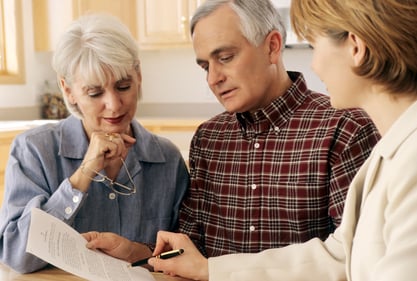 Surge of Creating, Revising Wills in Midst of Covid-19

The search engine, Google, reports that searches for “how to make a will” are 67% higher than they...